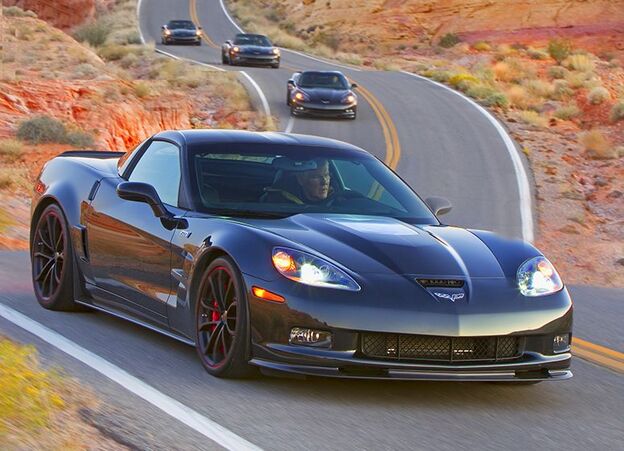 Everything You Need to Know Before Buying a C6 Corvette

Used C6s are getting dangerously cheap. Let us help you pick the right one.
​
By Brian Silvestro
May 12, 2020 - from Road & Track magazine

​Planning on picking up a C6 Corvette? Good choice. For decades the Corvette has been the go-to for performance value for money in America, and for good reason. With a V-8 engine, a removable targa top, ample trunk space, and an accessible price point, it’s all the sports car you could ever need. And with the world’s focus on the C8 mid-engine Corvette, now is a good time to look for a C6. Released in 2004, used examples have begun to depreciate to tempting levels. Here’s how to pick the best one for you.


The Many Different Faces of C6 Corvette

The original C6 arrived for the 2005 model year, replacing the C5. While the proportions are similar, distinct changes to the car’s fascias and wheelbase make it instantly recognizable. With a near 50-50 weight distribution and a curb weight just under 3250 pounds, it’s a blast to drive, right out of the box. 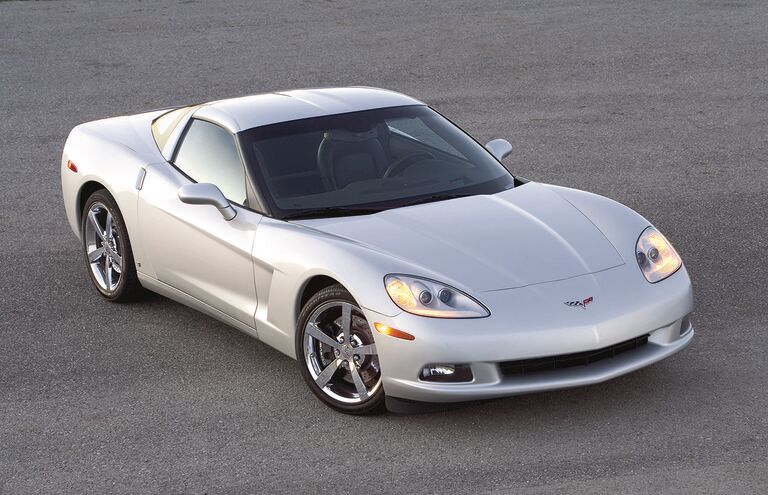 C6s from the 2005 model year received a 6.0-liter naturally aspirated LS2 V-8 engine making 400 hp at 6000 rpm and 400 lb-ft of torque at 4400 rpm, with a redline of 6500 rpm. Buyers had a choice between a hatchback body with a removable targa roof or a power soft top convertible. Two transmissions were available: a Tremec T56 six-speed manual or a 4L65E four-speed automatic. The four-speed auto was dropped in favor of a six-speed 6L80 unit from the 2006 model year onward.

The 2006 model year saw the return of the Z06 trim level. Developed simultaneously alongside the C6.R race car, it packs a dry-sumped 7.0-liter naturally aspirated LS7 V-8 making 505 horsepower at 6200 rpm and 475 lb-ft of torque at 4800 rpm, with a 7000 rpm redline. It also has things like carbon front fenders, a widebody rear end, 14-inch brakes with six-piston calipers up front, a magnesium front subframe, and a unique fascia with its own cold-air intake scoop. The Z06 could only be optioned with a manual transmission.
​
The C6 got a big update in 2008, with the introduction of the LS3 engine. Replacing the LS2, the LS3 had 6.2-liters of displacement, and made 436 horsepower and 428 lb-ft of torque when specced with the optional dual-mode exhaust system. Base Corvettes from 2008 on also got a revised steering feel, keyless access, OnStar, and XM Satellite Radio. Additionally, you could option a 2.73 final drive ratio if you got the automatic. 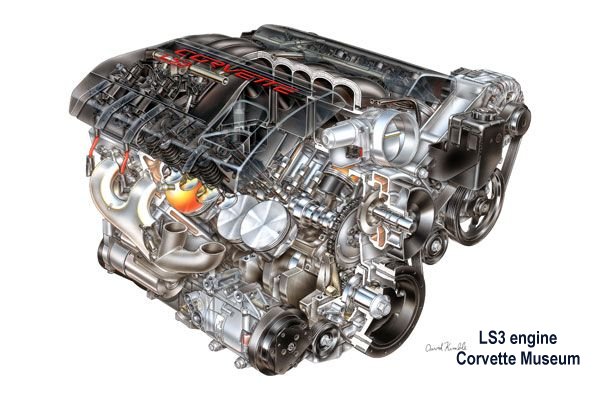 The next year, GM came out with the C6’s most capable and expensive variant, the ZR1. Using a designation not seen since the C4, the 2009 Corvette ZR1 got a host of performance-minded upgrades aimed at track day domination. Under the hood sits a new supercharged V-8 engine called the LS9. It displaces the same 6.2 listers, rated at 638 horsepower and 604 lb-ft of torque. Other upgrades include carbon-ceramic brakes, model-specific gearing, Magnetic Selective Ride Control, and a host of carbon fiber body panels. It was GM’s most powerful and fastest car at the time of its release, with a top speed of 205 mph. Like the Z06, a six-speed manual was the only transmission option.
​
Shortly after the ZR1’s debut came the Grand Sport. It was essentially a base Corvette with a Z06-style body. Like the Z06, there’s a scoop on the hood for the intake, and the battery is mounted in the rear. The Grand Sport replaced the Z51 package in the lineup from the 2010 model year onward, and came standard with a differential cooler, Z06-sized brakes, and a dry-sump oiling system for the LS3 engine (if the car was optioned with a manual transmission). Unlike the Z06, however, it came with a targa-top roof, and could be optioned with an automatic. 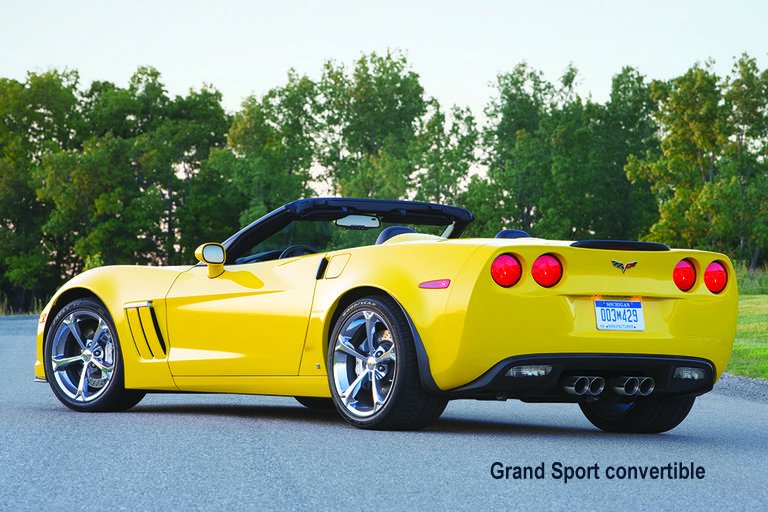 In 2011 Chevy introduced the Z06 Carbon edition, meant to celebrate the 50th anniversary of the Corvette’s first race at Le Mans. It got the carbon ceramic brakes from the ZR1, and standard Magnetic Selective Ride Control. The Z07 performance package, designed for the normal Z06, was also introduced in 2011, allowing customers to spec the carbon ceramics and Magnetic ride without having to spring for the special edition.

Towards the end of the C6’s production life, two more special editions were released: a Centennial Special Edition to celebrate Chevrolet’s 100th birthday in 2012, and a 427 Convertible Collector Edition in 2013. The Centennial car’s add-ons are mostly cosmetic, with special badging, a leather-wrapped interior, and standard Magnetic ride. The 427 was basically a Corvette Z06 in convertible form produced in low numbers, packing the same 7.0-liter LS7 V-8 engine.

Which One Is Right for Me?

Because Chevy made so many different kinds of C6 Corvette, there’s likely one out there that checks all of your boxes.

If spending less is your number-one priority, you’ll want to look at the earlier cars. Because they’re the slowest and pack the least tech-minded upgrades, 2005-2007 model-year cars go for a few thousand dollars cheaper than their younger counterparts on average. You have to be willing to make sacrifices, though. That LS2 is noticeably less powerful than the LS3 that replaced it, and first-year C6s were the only cars to receive the old four-speed automatic versus the newer, quicker-shifting, more efficient six-speed. Additionally, 2005 Corvettes received an ugly four-spoke steering wheel that was dropped for the cleaner three-spoke unit for 2006.

Is being able to go roofless a high priority for you? Well, you can cross off the Z06 and ZR1 from your list right now. The two most capable versions of the C6 could only be specced with hardtops, with no removable targa piece or folding roof. You’ll have to settle with a base model, a Grand Sport, or a rare 427 Collector Edition... if you can find one of the 2552 examples built, that is.
If you absolutely have to have an automatic transmission, you’re going to run into similar restrictions. The Z06, ZR1, and 427 Convertible could only be optioned with three-pedal stick-shift gearboxes. That leaves the base car and the Grand Sport as your only options. Do us a favor: Unless you’re physically unable to drive with three pedals, just get the stick. You’re going to have a much better time behind the wheel.
Where’s the sweet spot? We’d say look for a car equipped with the LS3, a manual transmission, and the optional Z51 package. This way, you get all the gear you need to hit the track without having to drop lots of cash on the bigger-engined cars. 436 horsepower is plenty for most people.

That being said, early Z06s are getting pretty cheap. First reviews of the car often noted its harsh ride as a downside, so if you have the cash, we’d recommend finding one with the Magnetic Ride system equipped. Similarly, ZR1s with some miles on the clock are now cheaper than base mid-engine C8s. Something to think about next time you consider buying a new car.

Of course, if you decide to pick up a Z06 or ZR1, you have to be mindful of maintenance costs. The ultra-high-performance tires on these cars don’t come cheap (nearly $2000 for a set of ZR1-sized Michelins, last we checked). And if your car is specced with the carbon-ceramics, don’t be surprised when you get hit with a four-figure bill to have them refreshed. Same goes for the Magnetic Ride system on higher-mileage cars. 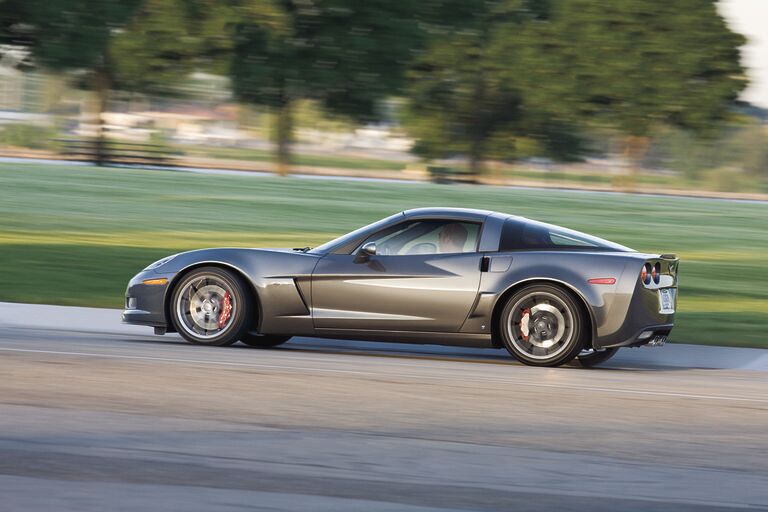 As with any old GM product, the C6's interior trim doesn't age gracefully. Plastics become brittle, and things start to rattle. So don't let the errant dashboard sound turn you off too much during a test drive. And while LS engines are notoriously reliable motors, it’s worth noting the LS7s in the Z06 have run into issues with improperly machined heads, which, in rare cases, have led to dropped valves and trashed motors.

What About the Community? Aftermarket Support?

The Corvette is one of the most popular sports cars in America. As such, there’s no shortage of community support and aftermarket parts to choose from. Whether you’re looking to turn your C6 into an all-out dragster or make some small cosmetic changes to stand out at your local Cars & Coffee, there are endless channels online or through numerous clubs across America to scour through for tips, tricks, and helpful suggestions.

If you’re the type that wants to share your car with like-minded enthusiasts, Corvettes at Carlisle is an annual summer event that sees more than 5000 Corvettes across the country gather in Pennsylvania to celebrate the nameplate. Additionally, the Corvette Museum in Bowling Green, Kentucky hosts numerous events throughout the year, and has some of the coolest, most historically significant Corvettes on display. Even if you don't own a Corvette, it's worth a visit.

Check out the rest of our buyer's guides right here!